After I graduated with my undergraduate degree, I lived with retired Sisters of Mercy for a year while I tried to write a book about mental illness and spirituality. The experience so radically shifted my perspective that I abandoned work on the book, because I wasn’t even sure who this person was that was trying to write it anymore.

One morning, not long after I had moved in with the sisters, I was writing. One of the sisters interrupted me to say she wanted to show me something. In the beginning, I took my writing time very seriously, probably too seriously. Additionally, this particular sister was known for being a bit socially-off/awkward. I couldn’t imagine what she wanted to show me, but I got up and went outside with her. She bent over and asked me to look at the drops of dew on the grass. I did, but I didn’t know what to say about it. She said, “Aren’t they beautiful?” I nodded and smiled. Then she said, “Look at all the colors that the sun makes in just one droplet,” and I looked a little closer. I saw that she was right, although I confess I was still slightly annoyed that she interrupted my writing time for that. 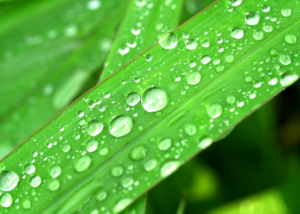 That moment means more to me each year. I’ve never looked at a droplet of dew the same. What she taught me in that moment goes beyond reminding me to slow down and look at the little things, like a droplet of dew. She taught me that life is a choice. We can choose to be bored, or we can choose to be amazed and in awe. To be amazed and in awe evokes a natural sense of gratitude. Gratitude is what makes me feel peace and joy.

I’ve had some incredible and inexpiable experiences that challenge my worldview. Some people might call them religious or spiritual experiences, although I prefer Abraham Maslow’s label of “peak experiences.” Whatever you choose to call them, they make me feel alive with an energy bigger than my body. They are moments of awe and wonder, and the more of them I have, the easier it gets for me to have them again. I’ve noticed that these brushes with the ineffable make me feel massive amounts of gratitude.This video explains some of what I mean

A few Christmases ago, I had a conversation with my brother about the word gratitude. He said the word often strikes him as forced or inauthentic, and I knew what he meant. For me, the word has been different than “thankful,” although I think of them both similarly now. Originally, the word “thankful” had been tainted from growing up in a household where being thankful came from guilt. I blame some of this unhealthy guilt-based perspective on bits from the distorted old-school Catholic dogma that influenced much of my family’s history. This is not to bash my family or Catholicism, especially since my reclaiming of the word comes from living with Catholic nuns who showed me that the religion means something different to them.

Growing up, I talked about how thankful I felt a lot, and it was because I felt like I didn’t deserve good things. Being thankful was an obligation, almost a price I felt I had to pay for having a privileged lifestyle.  I knew I wasn’t any different than those living in harsh conditions, that some of my life was chance, and that I didn’t know why I had a home and food to eat while others didn’t. I didn’t know how to sit with this discomfort, and so I felt obligatory guilt and beat myself up for not being “thankful” enough. This led to a lot of years of self-abuse and depression.

I had to stop using the word “thankful” for a while, although I use it again these days. My break from using the word reminded me about the power of language and perception, how the same word can mean something different to different people, or even different things to the same person at different points in her life. When I stopped saying how “thankful” I was out of guilt, and when I started practicing paying attention to all of the little wonders in the world, gratitude was an organic response to the amazement I felt from witnessing the natural laws of the world.

I’m grateful for so many things every day, and I don’t think this is something done from ego anymore. It’s not about morality and whether or not I “should” feel grateful. It’s about knowing that paying attention and feeling wonder makes me overjoyed to be alive, and it’s that gratitude that protects me from depression.

When I’m in a depression, it’s hard to notice the sorts of things that make me feel thankful. In recent years, I’ve learned to take careful notes of joyful moments so that I can recall them in dark times. It’s this new ability to remember these seemingly small instances–like looking at drops of dew on the grass in the morning–that make me never doubt my desire to live. And that certainty, under even the most tragic of circumstances, is a miracle, the kind that brings me great gratitude even in the worst of storms.